A week ago I ran my first Spartan Sprint in Richmond, IL at Richmond Hunt Club.  There was a lot of rain in the week leading up to the race which made for a very muddy course.  I wasn't quite sure what to expect and knew it would be tougher than any other obstacle race I've ran before.

We had a great team from our gym, I just love how involved everyone is becoming in running different events together.  I know personally it would be tough to get through a race like this without the support of my team.

This race was a birthday gift for my husband.  He loves this kind of stuff and he has wanted to run a Spartan for a long time.  Of course I signed us both up but I was the one who was a bit fearful of the race.

Thankfully the weather was perfect.  It wasn't too humid, there was no rain and the heat wasn't too bad.  I tried my best to hydrate a lot the day before and in the morning before we ran.  There was so much excitement on the bus as we headed to the race location. 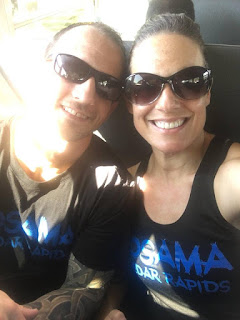 We arrived early so we could get a few pictures before we got all muddy.  The atmosphere was amazing!!!!  There was just so much energy and people cheering on everyone my nerves turned a bit more into excitement :) 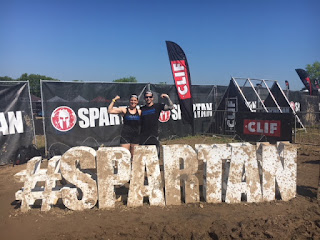 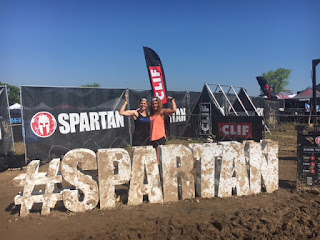 Starting off right away we had walls to climb over, thankfully they start off small.  I could not believe the deep mud we had to run through.  Having Traci to run with was such a blessing.  She is such a beast and I learned a lot from her on this course.  My expectations for myself were to just get through it, my grip strength in my right hand isn't the best.  I did not make it through the monkey bars or the twister, thankfully my team helped through my many burpees.  The up/down motion of burpees really gets to me and makes me nearly faint.

We got a nice group photo in the corn field at this point our group had kind of broken into separate groups with some going on ahead.  We also had the plate drag which was super easy for me. 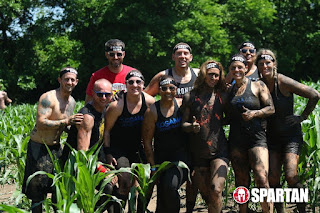 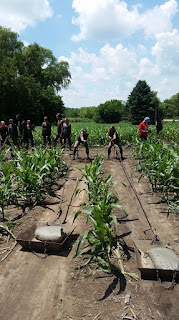 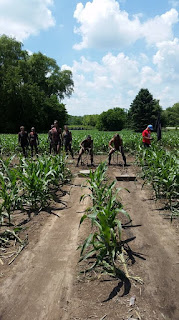 The major mud came from the barbed wire crawl, SO MUCH MUD!!!!  It was fun though but man it was tough getting through that thick mud.  From there it was onto the dunk wall (which I was scared of from the name) but it was easy, especially when one side wasn't really under the water.

The bucket carry wasn't bad, I carried the men's bucket with Traci.  Seriously she pushed me to be stronger than I know I am and I was damn proud of myself for carrying that bucket.  I didn't make the spear throw, who would have thought that would be so difficult?  There were major moments of frustration but I don't practice throwing spears very often ;) 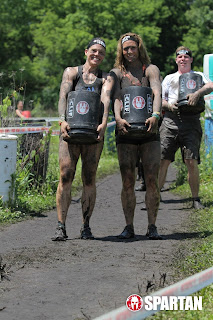 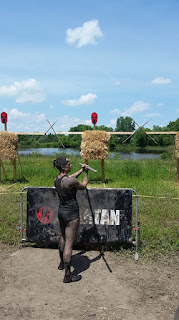 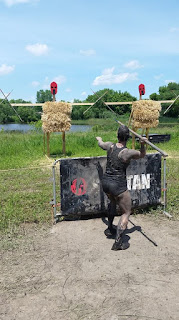 Thankfully one of our members had a little fanny pack with her and I had some glucose tablets in there and they were very much needed.  After doing the sandbag carry, which felt easy, when I took it off my shoulders I nearly fainted on the spot.  Another member who runs a LOT of Spartans with his wife had some Clif Shot energy gel and it was just what I needed to keep going.

One of the final obstacles was my biggest fear, the high cargo net A-frame.  I literally had tears as we approached it and was in my head before we even got to it.  Kyle grabbed my hand as we got to it, he and Traci just kept repeating to me that I could do this and they would be right beside me.  As we started to climb I was just freaked out, members who finished before us were watching and they didn't want to cheer me on because they could see me shaking all the way up and were afraid they would distract me.  Traci kept telling me not to look down, which was hard to do.  When I got to the top I wanted to climb back down but I didn't.  With their guidance I got myself over it and completed the obstacle with tears and big hugs from Traci and Kyle. 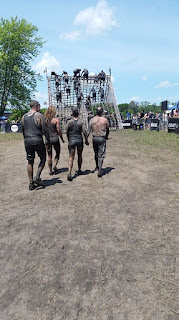 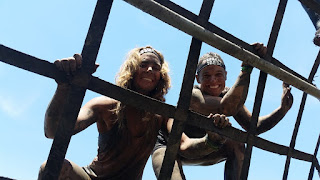 It took us just over three hours to finish.  I applaud everyone who runs these races, especially the regular Spartans and Spartan Beasts, I can't imagine running either of those.  There will be more Spartan Sprints in my future but not this year.  It was an awesome bonding experience for our members who ran it and everyone did so amazing!!! 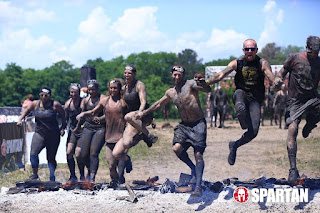 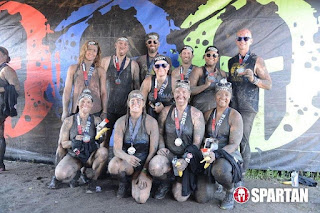 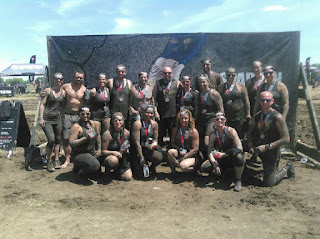 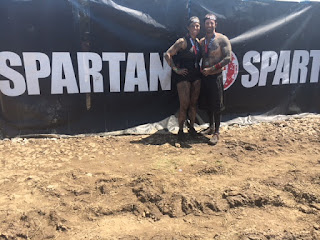 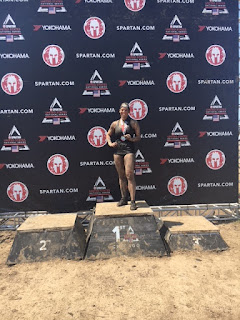 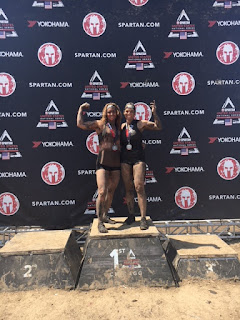 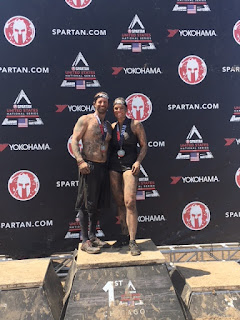 Next year depending on my goals I may try for the Spartan Trifecta but we shall see.  For now I am back to focusing on my training for the October Figure Competition.  My bruises are healing and my heart is full, so many wonderful memories were made and I am proud of our accomplishment!
Posted by Stephanie Griffin at 9:41 AM